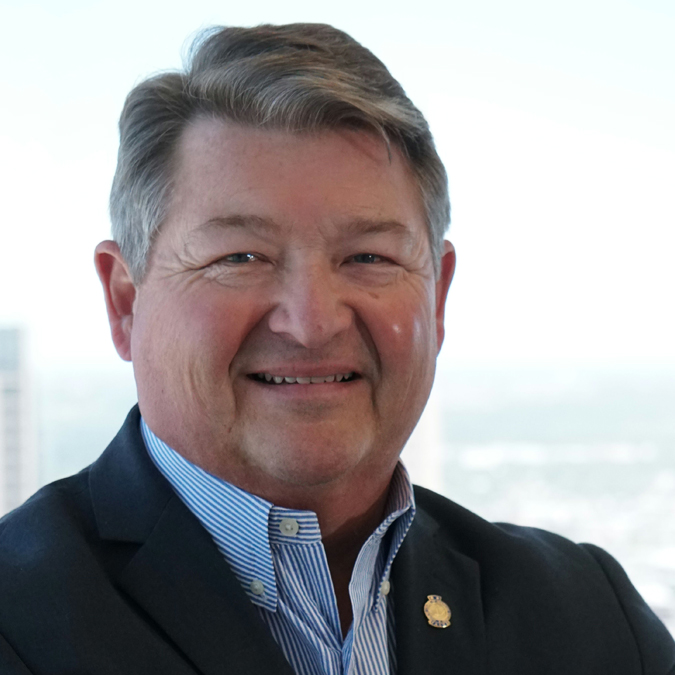 Kevin Stevenson, DHA, MBA, FACHE joined Ascension Providence in January 2020 to lead the development of strategy and to oversee the operations of service lines and selected ancillary services.  Kevin has over 30 years of healthcare leadership experience and has extensive expertise in acute and post-acute operations and governance, physician engagement, business development, strategic development, marketing and crisis communications.

Kevin has been a Fellow of the American College of Healthcare Executives since 2001 and earned both his bachelor’s and master’s degrees in business administrations from Baylor University.  Recently, he earned his Doctorate in Healthcare Administration from the University of Virginia at Lynchburg.  He has served in a number of leadership roles within ACHE since joining in 1996, including service as president of the ACHE of North Texas Chapter in 2018 and on Regent Advisory Councils in Texas and Kentucky.  Kevin recently earned ACHE’s Exemplary Service Award for his involvement in ACHE and in the profession. He also has served as a formal and informal mentor for many rising healthcare leaders throughout his career.

Kevin hosts the podcast, ‘I Don’t Care with Kevin Stevenson’ on MarketScale Radio where he discusses a wide range of healthcare and leadership topics. His extensive community involvement includes chairing philanthropic events such as the 2020 and 2021 Waco Heart Walks for the American Heart Association and the 2022 American Cancer Society Cattle Baron Classic golf tournament, serving on the boards of the Waco Rotary Club and Leadership Waco Alumni Association and as a mentor for Baylor University students.  He also is a guest lecturer for various Baylor business classes, has participated in three community leadership programs and was twice-elected to the board of trustees for a large suburban Texas public school district, serving as both president and vice president.

Kevin and his wife, Michelle, are the parents of two daughters, are very involved in their church, are rabid Baylor University sports fans (Sic ’em!) and, since Michelle is a flight attendant for Southwest Airlines, they love to travel. 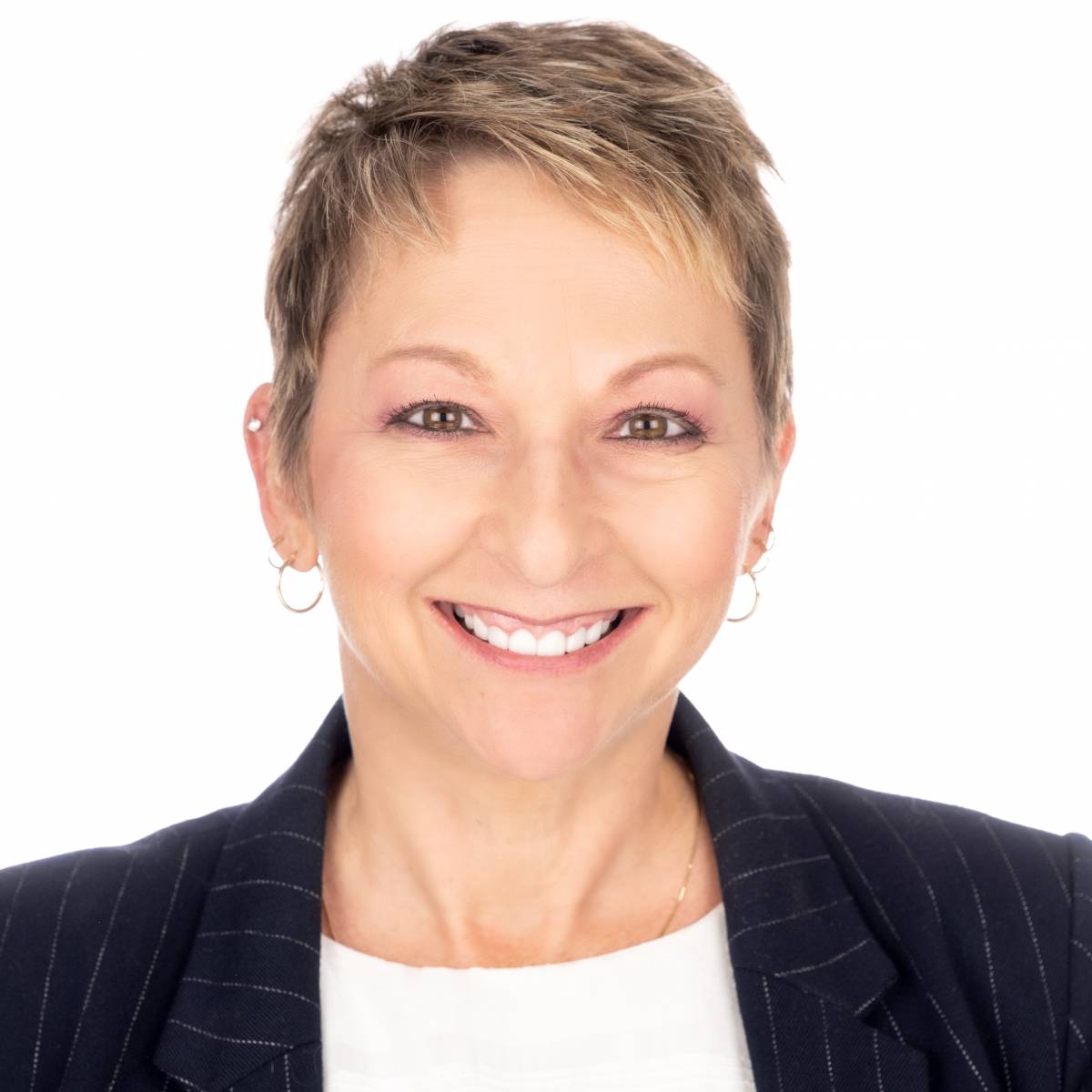 Kati earned a Bachelor’s degree in Applied Behavioral Science and a Master’s degree in Clinical Exercise Physiology from Benedictine University in Lisle, IL. Kati began her career at Motorola, Inc. in Corporate Communications. She has professional experience in the healthcare, technology, and manufacturing sectors, as well as in management consulting. She is a Fellow of the American College of Healthcare Executives and she is certified in LEAN/Six-Sigma, Healthcare Financial Management, and Business Intelligence. Kati holds a Professional Certificate in Artificial Intelligence from the Massachusetts Institute of Technology in Cambridge, MA.

Today, Kati is Director of Outreach and Development at HCA St. David’s HealthCare, where she facilitates strategy and growth efforts with healthcare leadership and providers. Leveraging her professional experience in manufacturing, technology and healthcare, she consults on opportunities for collaboration and improvement leading to the best experiences and clinical outcomes.

Kati believes that personal success comes from helping others succeed. She is inspired most by people whose artistic medium is life itself. She is one part intrapreneur, one part tech and science geek, one part creative catalyst, one part influencer, and two parts dog-lover.

When she isn’t working Kati is kayaking, hiking, and learning to see the world through her camera lens. Her goal to cook as well as any Food Network star far exceeds her talents, yet she continues to develop this passion. She is writing her first novel, anticipating completion some time in this century. 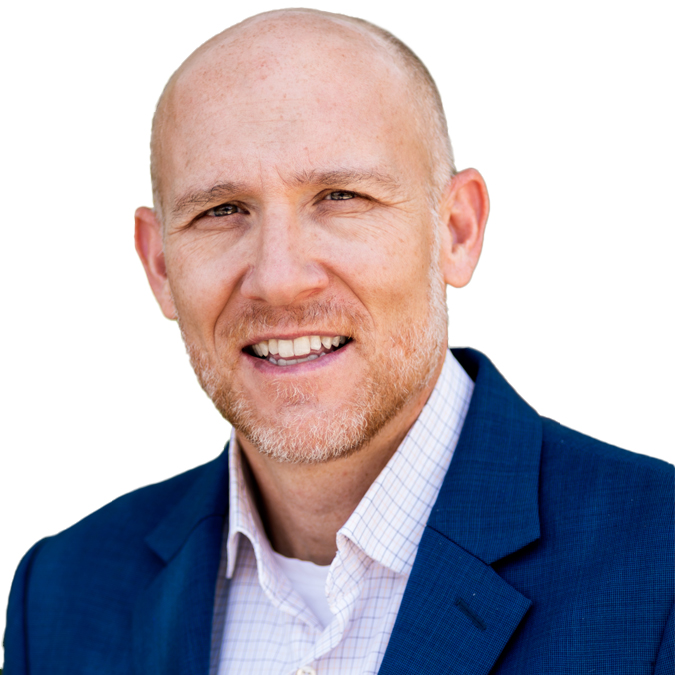 Lance Lunsford is an experienced health care executive with notable roles in hospital communications and marketing as well as a long history in health care advocacy and public policy.

His work includes building teams, dismantling silos, and integrating organizations around purpose and passion to drive employee satisfaction and output.

Lance Lunsford began his career in journalism where he became a published author. Today, he does work in media relations on healthcare’s most difficult issues as well as marketing strategies around public affairs and campaign engagement needs as well as service line volume enhancement. His company, Groundswell Health is based in Austin, and designed a custom communication system to assist over-committed health care communication teams. 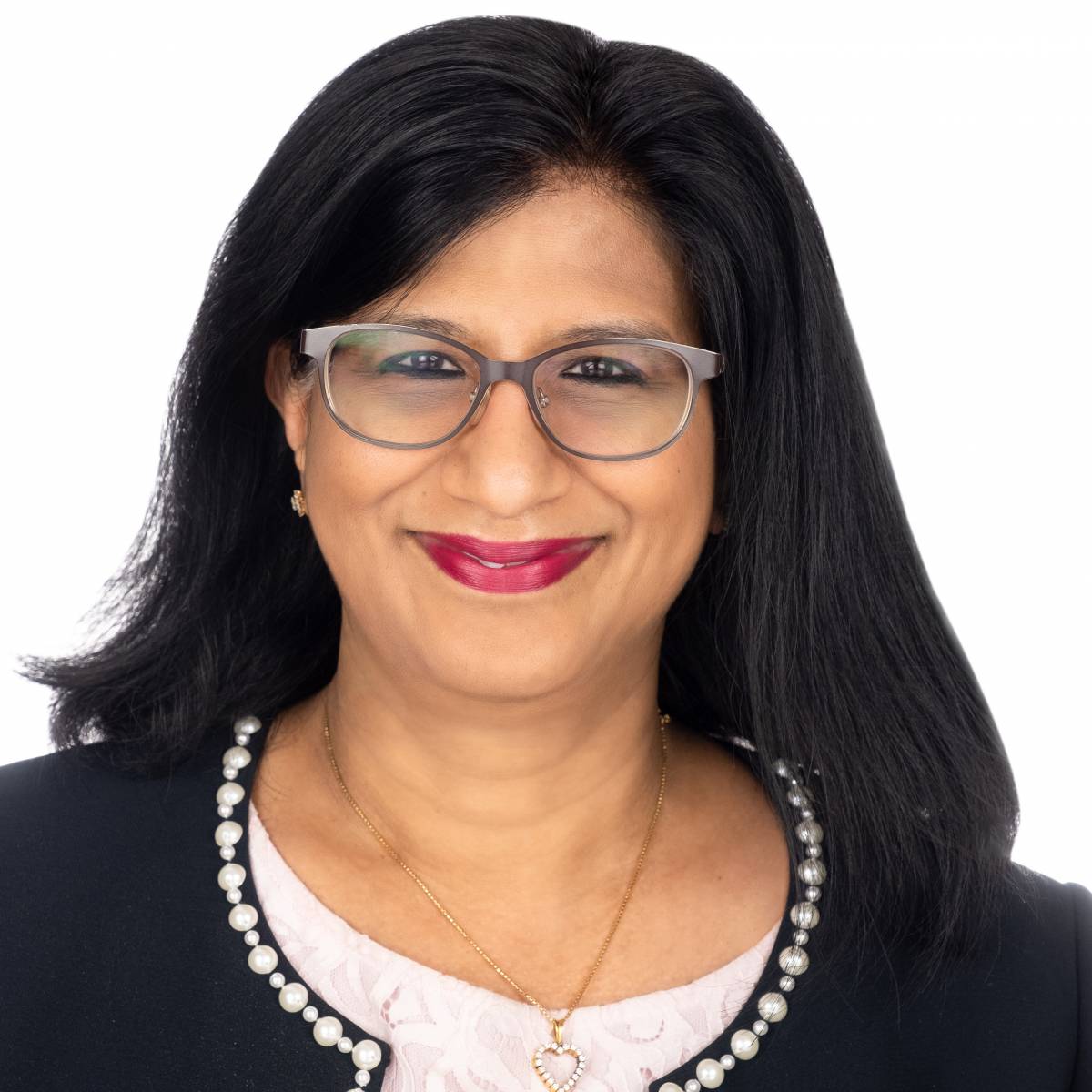 Anita’s previous roles in healthcare included managing the pre-arrival Patient Access department at Seton Healthcare in Austin where she consistently led the team to generate high impact revenue for the network by successfully implementing technology solutions and operational processes for the staff while improving patient experience.

Prior to moving to Austin, Texas in 2012, she was Practice Administrator for a pediatric group practice in New York where she had the responsibility to merge two independent practices into a new group practice, streamline practice operations across locations and implement cloud-based practice management revenue cycle solutions.

In addition to the healthcare industry, Anita has held roles in sales and marketing in cosmetics and chemical manufacturing and managed fund-raising for non-profit institutions in education, health and community service.

Anita has been a member of ACHE since 2012 and looks forward to serving the Central Texas Chapter of ACHE as Board Member this year. 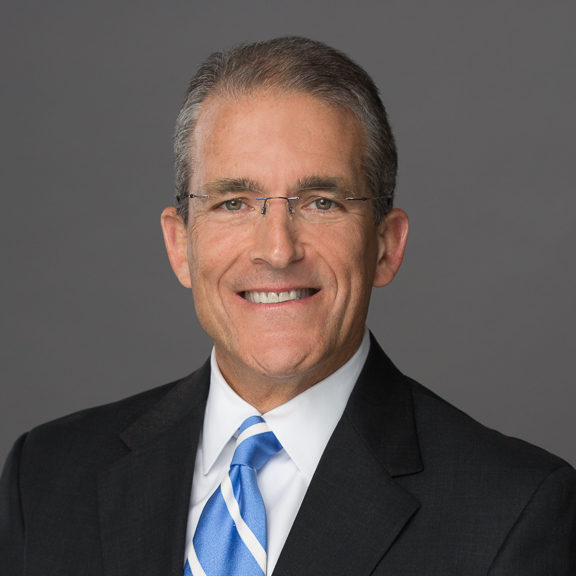 DIRECTOR – BOARD MEMBER AT LARGE

Tom joined St. David’s HealthCare in the spring of 2017 as CEO of St. David’s North Austin Medical Center and St. David’s Surgical Hospital. North Austin, a 425 bed tertiary facility, is one of eight hospitals within the St. David’s network offering a wide array of medical and surgical services including its signature Women’s Center of Texas, the Texas Robotics Institute, a neuroscience center, a kidney transplant program and a children’s hospital. The St. David’s Surgical Hospital specializes in orthopedic, gynecologic, general, spine and plastic surgeries featuring destination-level amenities and services.

Prior to joining St. David’s, Tom served as CEO of Tomball Regional Medical Center, a 350 bed tertiary level hospital in Northwest Houston and was active on the Tomball and Woodlands Chambers of Commerce.

Prior to Tomball, Tom served College Station Medical Center for 17 years as its Chief Executive Officer, where he helped introduce and stimulate several new and sustaining healthcare services throughout the Bryan/College Station market. He was a very active service leader in Aggieland including the B/CS Chamber of Commerce, CSISD and TAMU.

Prior to College Station, Tom served in healthcare leadership positions in Houston across three different healthcare systems for 16 years including, The Methodist Hospital, Twelve Oaks Hospital and MHMRA of Harris County.

Tom is known for his collaborative skills with physicians and his ability to stimulate new and visionary healthcare services.

Tom earned undergraduate degrees in accounting and data processing / quantitative analysis from the University of Arkansas, Fayetteville and a master’s degree in Healthcare administration from Trinity University in San Antonio.

Tom and Susan have been married for over 30 years and have three daughters – two Aggies and a Longhorn. Tom is very dedicated to his family and loves to travel and spend time with them. In 2010 Tom’s father asked him to manage a four generation family farm in Arkansas which he and Susan do together. Tom is an active reader of history, specifically presidential leadership and active in his church. He is running enthusiast as well. 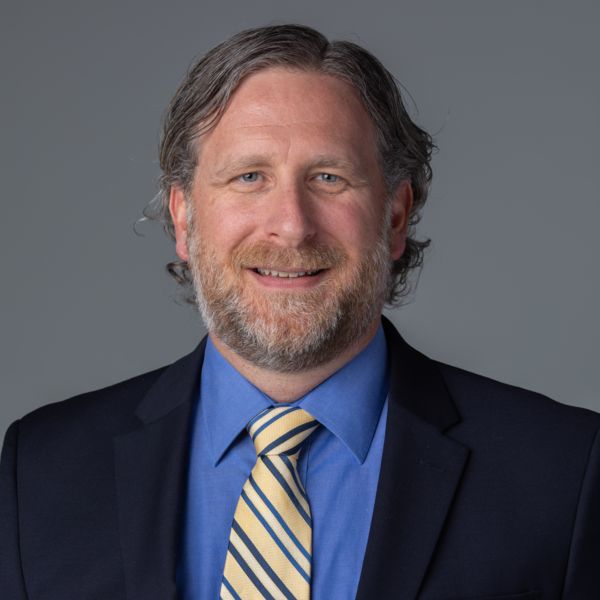 Dr. Lieneck has over 10 years of practical experience in the field of healthcare administration with a strong focus in medical group practice management and over a decade of preparing future healthcare leaders in higher ed.

He began working in the healthcare field while in high school as a licensed emergency medical technician (EMT) and later commissioned as a Medical Service Corps officer (MSC officer) in the United States Army.

Dr. Lieneck continues to participate in professional leadership roles at national, state, and local levels. He is a faculty member with the American College of Healthcare Executives and teaches the Healthcare Finance module for the Board of Governors FACHE exam review course. He has been appointed and continues to serve as the MGMA Forum Representative for the state of Texas. He serves the profession by participating on various committees with other local, state, and national professional organizations. He is an active member of the Association of University Programs in Health Administration (AUPHA) and serves as a program reviewer to ensure the quality of healthcare management education. 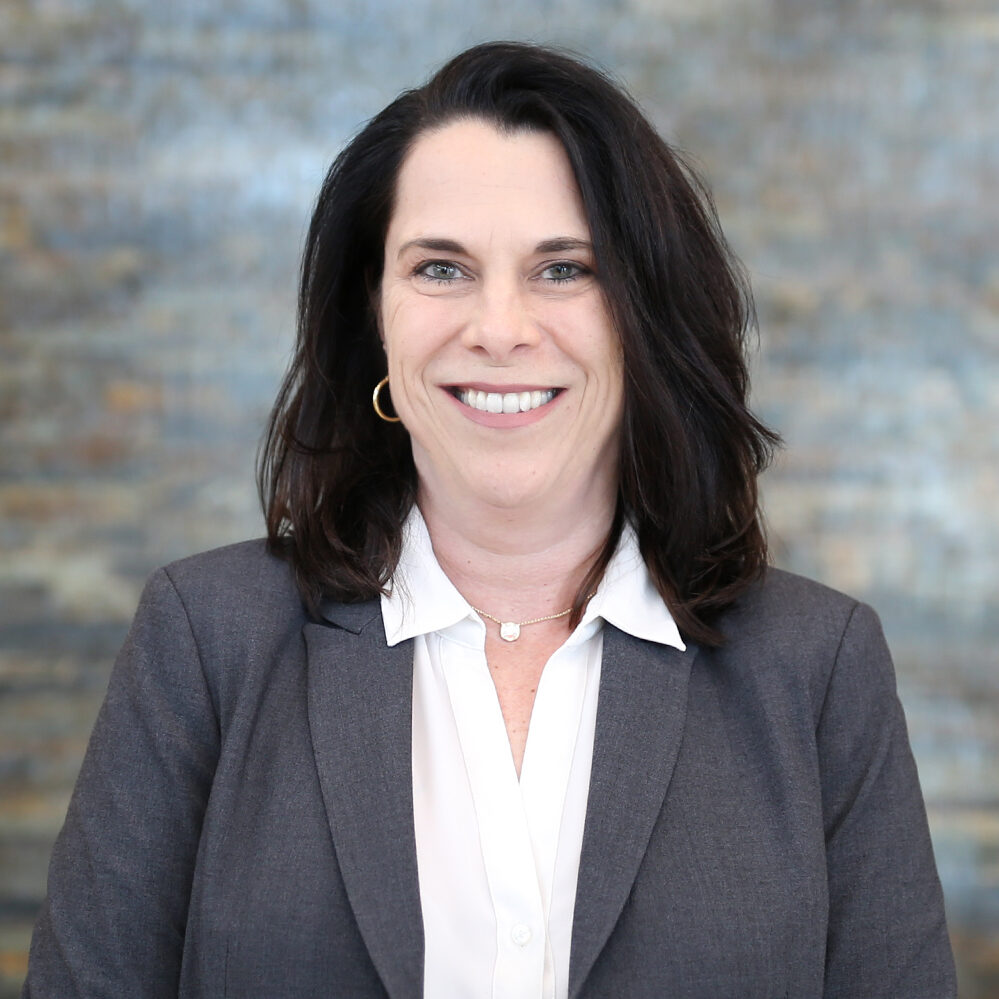 Debbie is senior level operations leader for HNI Healthcare’s national Hospital medicine, ER and Post-Acute programs.  As the Executive Vice President for Operations, she is responsible for the people, process and quality on how we transform healthcare in various settings to provide the best outcome to our patients and clients.

Debbie has been in Healthcare Operations over 25 years where she worked for HCA starting both a Hospitalist and Behavioral Health program as well as a SNF Administrator for HCR Manorcare in Jacksonville, FL. She has a passion for moving quality outcomes across the continuum of care.

She completed a Business Management degree at Middlesex Community College in Connecticut and a bachelor’s degree in Psychology as well as a Master’s degree in Rehabilitation Counseling from University of North Florida.

Debbie moved to Austin, TX in March of 2020 and enjoys being outdoors and live music that Austin has to offer.  In her spare time, she loves yoga and has volunteered to administer and develop a support group for families who lost their loved ones to lung cancer and helps local charities in Austin Tx. 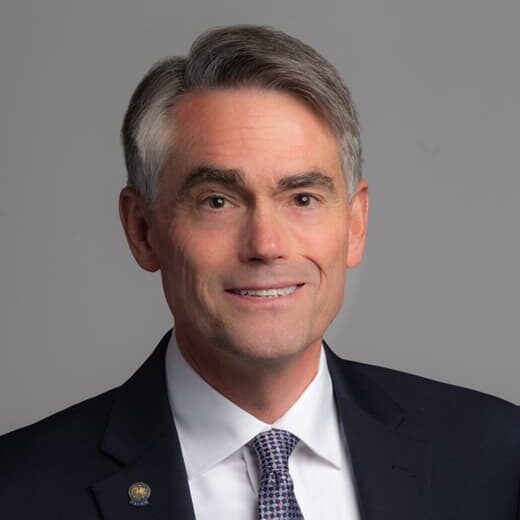 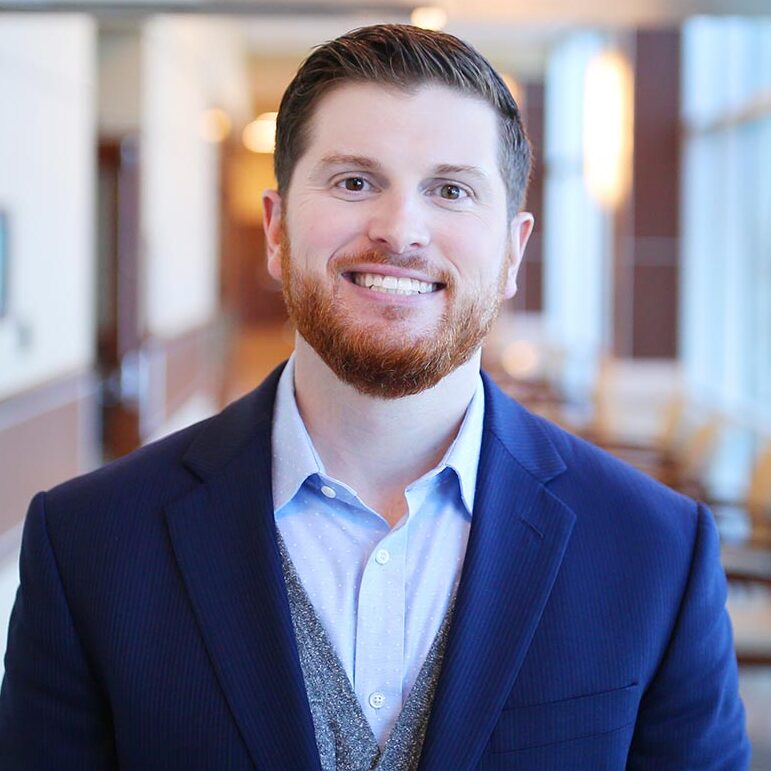 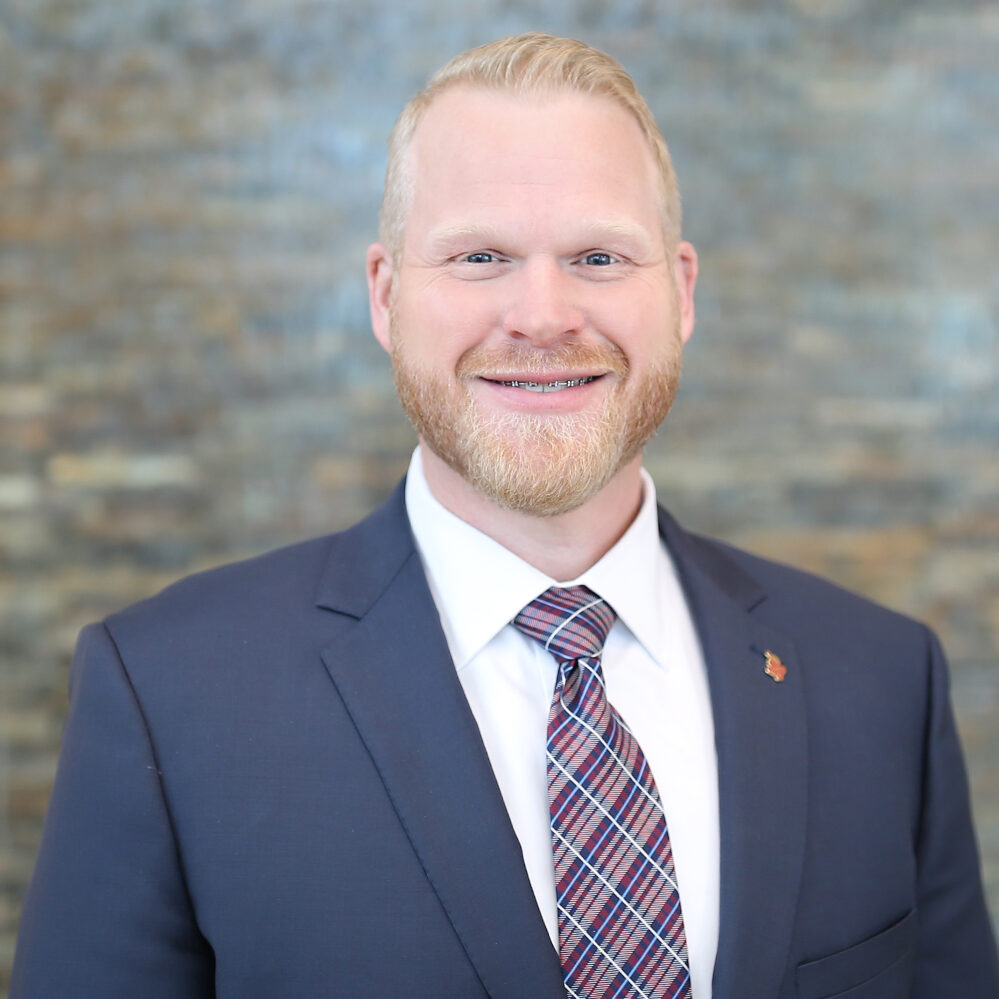 SUPPORTERS ACROSS THE HEALTH CARE

Join in to support the health care industry.

Sign up to get interesting news and updates delivered to your inbox.

By submitting this form, you are granting: ACHE Central Texas Chapter, 100 E. Whitestone Blvd., Cedar Park, Texas, 78613, United States, http://www.centraltexas.ache.org permission to email you. You may unsubscribe via the link found at the bottom of every email. (See our Email Privacy Policy for details.) Emails are serviced by Constant Contact.